The EACPT is delighted to announce that the 2019 Lifetime Achievement Award of the European Association of Clinical Pharmacology and Therapeutics will go to Professor Urs Meyer from Switzerland.


The Award, which includes the EACPT silver medal, will be presented to Professor Meyer during the 2019 EACPT congress in Stockholm which is being held from 29 June to 2 July 2019.
To register for the congress and attend Professor Meyer's Lifetime Award Lecture click on eacpt2019.org

Urs A. Meyer went through a remarkable career as physician and scientist whose discoveries and scientific results have fundamentally contributed to clinical pharmacology and its development in recent decades. 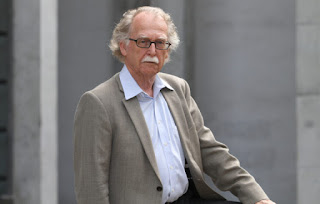 His research has focused on “pharmacological individuality” or person-to-person variation of drug response throughout his career, from studying the drug sensitivity of the pharmacogenetic disease porphyria to the pharmacogenomics of drug disposition and its co-regulation by drug interactions and environmental factors.

These predictable variations in drug response are important components of individualized drug therapy or personalized and stratified medicine. Urs Meyer probably is best known for the discovery of the molecular mechanisms of several common genetic polymorphisms of drug disposition. His laboratory identified the genes and mutations in these genes causing variation in drug response and developed the first pharmacogenetic DNA tests, initially for the genes now called CYP2D6 and NAT2. The publications describing these genetic variations in drug response in Nature, PNAS, Lancet, etc. are some of the most cited papers in the therapeutic literature.

At that time they transformed the field of pharmacogenetics into a molecular science. Urs Meyer’s group was engaged and productive in a further type of inter-individual variation of drug response, namely the transcriptional activation or repression of numerous genes, including many drug metabolizing enzymes and drug transporters, by exogenous and endogenous factors. His laboratory has discovered important early steps in the recognition mechanisms for these factors in cells and the consequent signal transfer to the nucleus.  This is an area of great clinical importance with regard to understanding inter-individual variations in the therapeutic and toxic effects of drugs.

Urs Meyer takes care of most of the porphyria families in Switzerland and in several surrounding countries. Focusing on the pharmacogenetic disease porphyria and its unsolved syndrome of neuropsychiatric symptoms Urs Meyer’s team has developed an animal model of this pharmacogenetic disease, imitating the human defect. These mice have a phenotype closely resembling the human disorder and are presently used in several laboratories to develop new therapeutic approaches to the treatment of inducible acute porphyria.

Sustained productivity across the domains of basic and clinical pharmacology has resulted in over 340 original publications, reviews and book chapters. Urs Meyer has been listed since 2001 within the exclusive ISI’s Highly Cited Researchers database. His publications have been cited over 30,000 times and his H-index is 93. Urs Meyer’s scientific achievements have also has been recognized by numerous awards and honours, including the Rawls-Palmer Award for Progress in Medicine of the American Society for Clinical Pharmacology and Therapeutics and the RT Williams Distinguished Scientific Achievement Award of the International Society for the Study of Xenobiotics – among many others.

Beyond the laboratory and patient care, Urs Meyer has maintained a strong commitment to the teaching of rational therapeutics to medical students and to training programmes in drug development sciences, e.g. within the European Center for Pharmaceutical Medicine ECPM courses in science-based drug development. He has trained 71 graduate students and 62 post-doctoral fellows and more than 35 of his previous collaborators are now in academic positions all over the world. A number of scientists, of whom 9 from the USA, have spent time as sabbatical professors in the laboratory of Urs Meyer.

Urs Meyer also has assumed leadership roles at the international level, including the WHO and NIH. He has served on numerous peer review panels and editorial boards, presently as Associate Editor of Annual Reviews of Pharmacology and Toxicology. He was the inaugural Editor-in-Chief of the Journal of Personalized Medicine in 2011. As an example of his international activities, he was selected to present the Pharmacogenomics Research Network PGRN to the NIH Council in 2000 and was a member of the External Scientific Panel for this program. He also was president of the International Society for the Study of Xenobiotics (ISSX) 2010-2011, with offices in Washington, D.C.

The EACPT was founded 25 years ago and now includes as members all national organisations for clinical pharmacology in Europe, as well as organisations from further afield internationally. The EACPT aims to provide educational and scientific support for the more than 4000 individual professionals interested in clinical pharmacology and therapeutics throughout the European region, with its congresses attended by a global audience. The EACPT also advises policy makers on how the specialty can contribute to human health and wealth.

The official journal of the EACPT is the European Journal of Clinical Pharmacology.
Posted by EACPT updates at 04:06